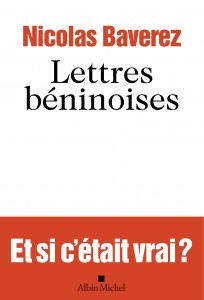 It is the year 2040. France is bankrupt. The new managing director of the IMF, Alassane Bono, arrives in Paris to organise world aid. He is Beninese. He writes to his family and colleagues to recount what he finds: a country that is dying, isolated and locked in denial. But he also finds some remarkable French people – entrepreneurs, civil servants, soldiers and scholars. The moral of this political tale set in Paris, Washington and Cotonou is clear: our future – for better or for worse – depends on us and on us alone. Nicolas Bavarez uses this futuristic novel to launch an appeal for a shock therapy to cure France’s ills. Before 2040 comes.